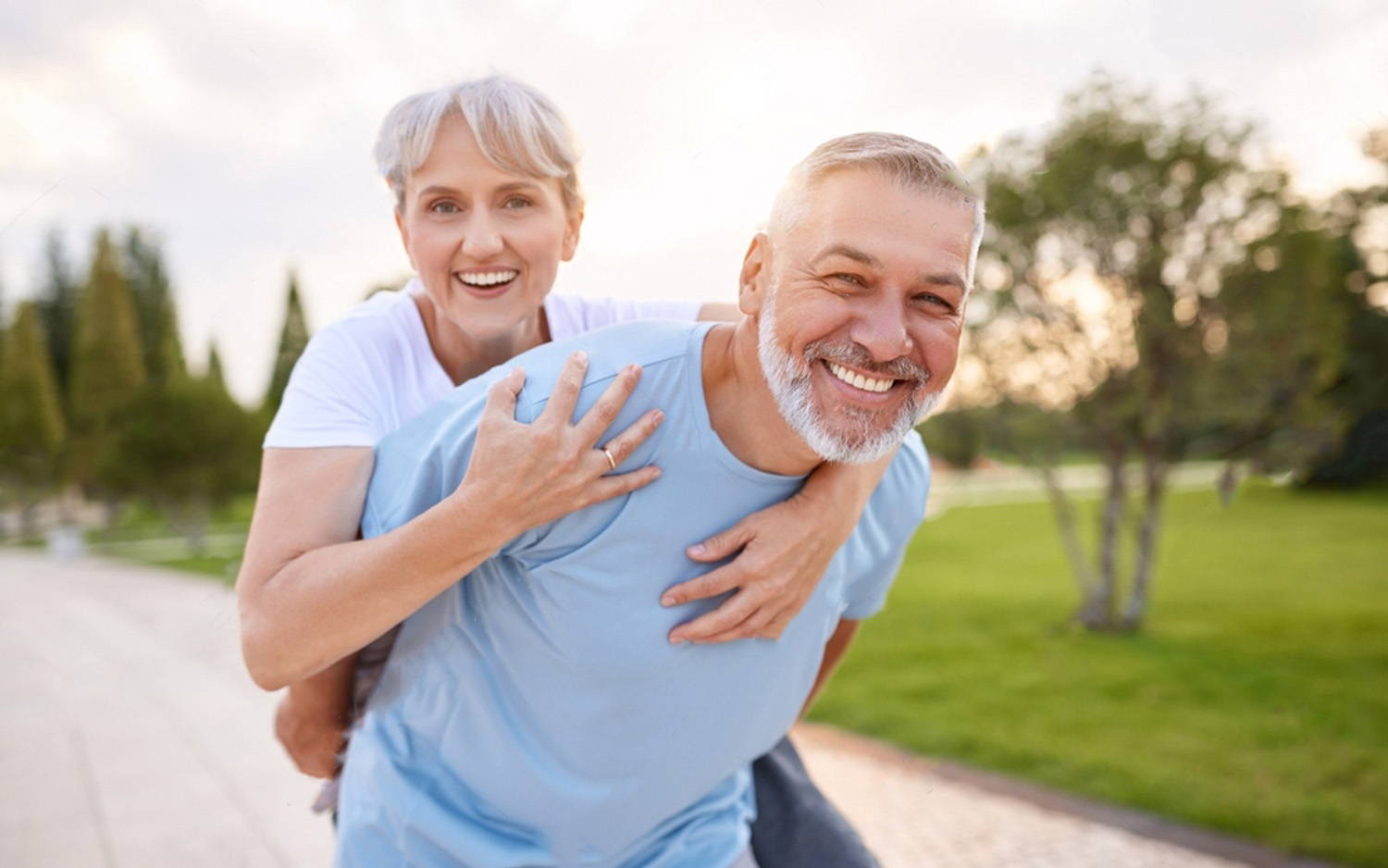 Last summer, we upgraded our TrueJoint FLX™ to include an emerging star among joint health ingredients called TamaFlex®.

The scientific support for TamaFlex® continues to grow and they’re close to publishing their third study with even more data demostrating the numerous ways you may benefit.

What initially attracted us to TamaFlex® is it can do more than just help with joint discomfort, flexibility and range of motion.

The studies found users greatly improved how they function daily– evidenced by things like being able to walk faster and for longer distances, and reducing the time it takes to go up and down stairs.

On top of this, testing found TamaFlex® can uniquely help protect joint cartilage, collagen and other connective tissue from substances that seek to destroy it as we age.

Recently, we sat down with one of the owners of TamaFlex®, and asked how they came upon this amazing ingredient.

We found the story interesting, and decided to share it with you!

As with many discoveries, this one came about by sheer luck. A practitioner of Ayurvedic medicine (traditional medicine in India) stumbled upon a remote village in India where he noticed the older population were unusually mobile and limber.

Intrigued by this, he studied the lifestyle and dietary habits of the villagers, and discovered they used tamarind seeds in their flour, which he hadn’t seen before.

This village was fairly poor, and the locals added the tamarind because it helped add bulk to the flour, allowing them to feed more villagers.

Tamarind seeds come from a tree found in tropical and subtropical regions, and this village had plenty of seeds available.

Since the use of tamarind seeds was the only unique food item consumed by this village, the Ayurvedic practitioner returned to his university lab and started studying the properties of tamarind seeds.

Better yet, he attracted the interest of one of the world’s premier botanicals research companies, Laila Nutraceuticals.

The findings were remarkable – these powerful seeds acted in several ways that can help support joint health and function (explaining why the villagers were very mobile).

For example, tamarind uniquely works on both major inflammation pathways (5-LOX and COX-2).

In addition, tamarind can help promote synovial fluid (helping to keep joints lubricated). Plus it can help protect joint cartilage by shielding it from destructive MMP enzymes.

As mentioned, Laila is pretty sophisticated, and has researched a lot of botanicals in the past few decades.

They were pretty stunned by the properties of tamarind, so they decided to compare its effects to another revered Indian spice, turmeric.

Here’s where the story gets more interesting – although both tamarind seeds and turmeric each offer great joint health potency on their own, the combination of the two resulted in something even more powerful!

This led to the filing of a patent, and the patented combination of these two natural wonders is called TamaFlex®.

Today, the initial observations of the villagers and findings by Laila is backed up 3 double blind, placebo controlled scientific studies involving TamaFlex®.

You too can now get the joint health benefits of TamaFlex® in our premier joint health supplement, TrueJoint FLX™.

The same 250mg of TamaFlex® found to be optimal in the research is in a daily serving of TrueJoint FLX™, along with other high quality joint supporting nutrients.

Study Finds Intake of This Form of Vitamin E is Insufficient For Many Adults.

Vitamin E is commonly referred to as alpha-tocopherol, but other members of the vitamin E family are tocotrienols. Both have strong antioxidant properties, but emerging research indicates tocotrienols may offer unique health benefits.

A new study has found that a large percentage of adults are not consuming the recommended amount of tocotrienols.

For this study, the researchers used a recommended intake level of 8mg of tocotrienols daily.

Some with knowledge of tocotrienols would argue that 8mg is too low, as recent research has demonstrated the benefits of getting 100mg or more of tocotrienols daily to help support certain aspects of healthy aging.

The study was conducted by researchers from Warsaw University of Life Sciences. It was published in the journal Biology and Life Sciences Forum.

Study participants included 202 participants between the ages of 18 and 65. The researchers used a food frequency questionnaire and a 24-hour dietary record to assess tocotrienol intake.

The food frequency questionnaires showed that the average intake of tocotrienols for women was just 2.25 mg/day and 2.14 mg/day for men. This represents 28% and 27% of the 8mg recommended intake target, respectively.

The 24-hour dietary recall data showed the average intake of tocotrienols was 1.96 mg/day for women and 2.21 mg for men. This represents 24% and 28% of the recommended intake, respectively. 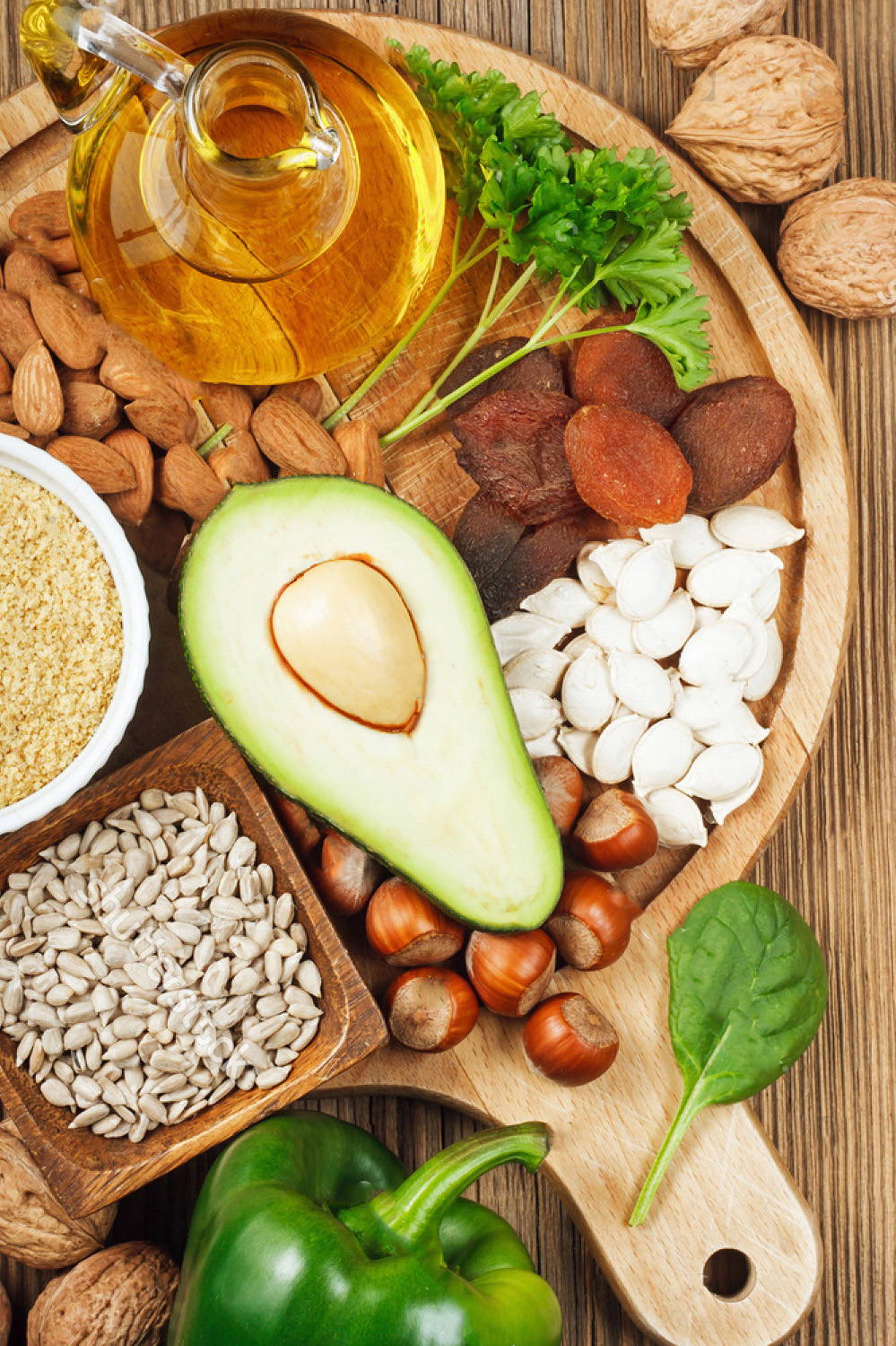 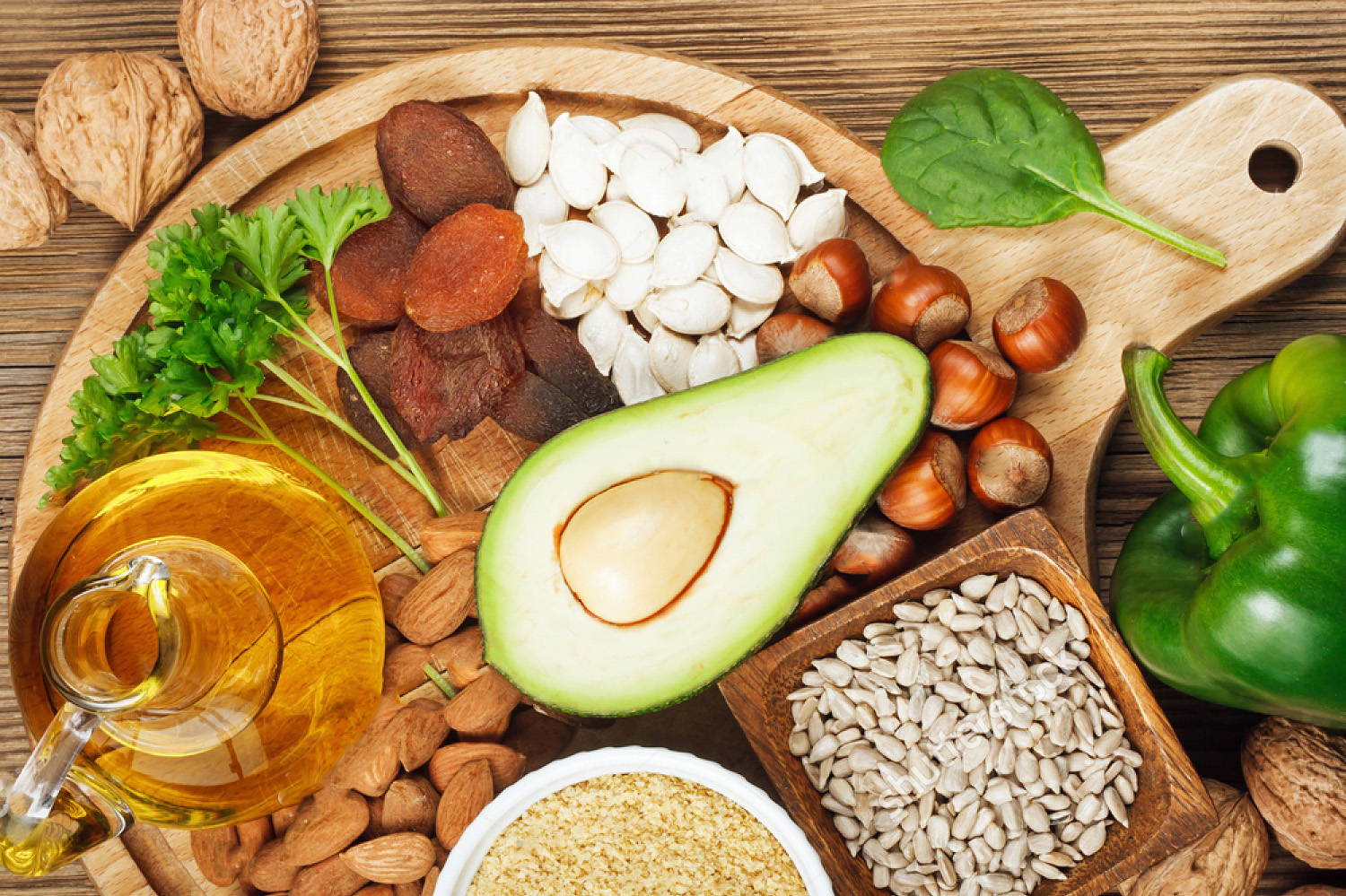 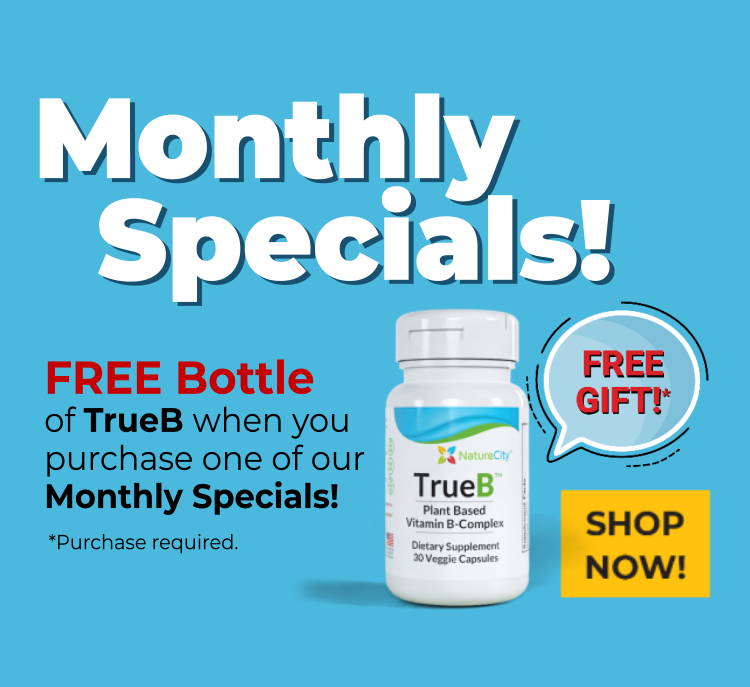 Vitamin B-Complex Made From Organic Plants! Get Your FREE Bottle!

The eight vitamins making up the vitamin B family work closely together to spark many important body functions.

These include cellular energy and cell formation, red blood cell creation, and many aspects of cardiovascular and cognitive health.

Most B vitamin formulas contain vitamins that are all made in a lab. However, TrueB™ is a novel vitamin B-complex mostly made with vitamins produced by nature – from USDA organically certified plants (lemon peel, guava, holy basil and sesbania) grown in India.

Plant based vitamins can be easier to absorb and gentler on the stomach. Plus, like food, the plant extracts contain nutritional “co-factors” that may enhance efficacy.

To round out TrueB™, it also includes the “active form” of vitamin B12 from the MecobalActive™ brand.

MecobalActive™ is non-GMO and made in Barcelona, Spain. It has superior absorption properties when compared to other vitamin B12 options.

Finally, the natural folate in TrueB™ is fortified with the active folate (5-methylfolate) from Italian made Quatrefolic®. Quatrefolic® is the most bioavailable form of folate – and can go to work immediately.

FREE bottle of TrueB™ with a purchase of this month’s special offers!

A: Vitamin K2 and vitamin D3 are both fat soluble vitamins, which is why we recommend taking after a meal to help optimize absorption. Even if you were to take these vitamins separately, you’d want to take them with food for the same reason.

Q: I thought active vitamin B12 has to be from an animal source. How can TrueB be a vegetarian supplement if it has active B12?

A: The vitamin B12 we use is the MecobalActive brand, which is suitable for vegetarians and vegans (it is not from an animal source). As you may know, plants at best only contain trace amounts of vitamin B12, so the plant blend in TrueB doesn’t provide a notable amount of vitamin B12.

That’s why we fortify the plant blend with MecobalActive, which is synthesized in a lab at the company’s Barcelona, Spain facility using a patented and environmentally friendly process that produces the purest methylcobalamin in the market.

The term “active B12” refers to the form of cobalamin, not the source. Methylcobalamin is what your body uses (and is found in human and animal tissue), hence why it’s considered the active B12. This distinguishes it from the form of B12 found in most supplements, which is cyanocobalamin (and which does not occur in nature).

In case of supplementation with cyanocobalamin, the human body must first remove and detoxify the cyanide molecule. Then the body goes through a multiple step process to convert the cobalamin into methylcobalamin. The methylcobalamin is then transported through the bloodstream to different tissues to execute the vital functions of vitamin B12.

With MecobalActive none of this is necessary because it is already in the active methylcobalamin form, so it can go right to work – and nothing is lost along the way.

Q: Is the Algas calcareas in AlgaeCal the same as Lithothamnion superpositum in other products?

A:  The designations can get confusing - Algas calcareas is the “parent” of the family of red algae, with the family including over 100 types of seaweed in the subclass known as Lithothamnion superpositum.

It’s easier to think about it by location. AlgaeCal is made from the South American (Brazil) species of Algas calcareas (where the name AlgaeCal derives from). AlgaeCal has an exclusive on the South American species, and this specific species is the only algae/seaweed derived calcium ingredient with clinical studies showing bone density benefits (and extensive published safety data). 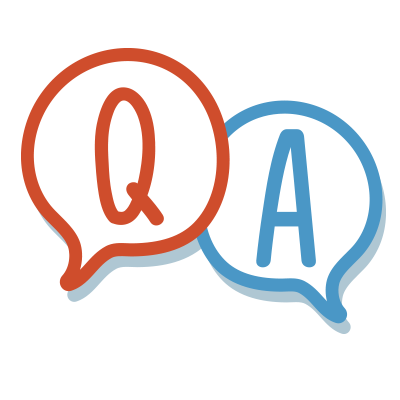 Pomegranate and Cocoa Extract May Provide Aging Benefits in Mature Men. A study in the International Journal of Medicine found men between the ages of 36 and 55 who took either 200mg or 400mg of pomegranate and cocoa extract daily for 8 weeks experienced significant improvements in both total testosterone and free testosterone levels, compared to the placebo group. In addition those taking the supplement, improved hand grip strength.

Shilajit May Provide Bone Health Benefits. Shilajit is a sticky substance that develops over centuries from the slow decomposition of plants and is found primarily in the rocks of the Himalayas. A new study in Phytomedicine reported that postmenopausal women taking either 250mg or 500mg of shilajit extract for 48 weeks experienced a reduction in bone mineral density loss compared to the placebo group.

Probiotic-Enriched Diet May Help Reduce Inflammation Marker. A study in the Journal of Applied Microbiology found that a diet enriched with 5 billion CFU’s of the probiotics Lactobacillus rhamnosus and Lacticaseibacillus paracasei daily for six months led to reductions in the inflammation marker high-sensitivity C-reactive protein (hsCRP) compared to the placebo group. Those taking the probiotics also saw increases in fecal levels of beneficial bacteria and decreases in unfriendly bacteria levels.

Eating Prunes May Provide Bone Health Benefits. Researchers from Pennsylvania State University did a study of 235 women with an average age of 62. The women consumed 1.7 ounces of prunes, 3.4 ounces of prunes, or no prunes daily for 12 months. At the end of the study, the women in both prune groups were found to preserve bone density at the hip (on average), whereas those in the placebo group experienced age-related loss in bone density at the hip.

Meeting Physical Activity Recommendations Shown to Help Improve Lifespan. A 30 year study led by researchers from the Harvard T.H. Chan School of Public Health found that those who performed 150-300 minutes of moderate physical activity weekly had a 21% lower risk of all cause mortality compared to those who did not exercise. Participants who performed 75-100 minutes of vigorous physical activity weekly had a 19% lower risk. Participants who performed 2 to 4 times these levels, had up to a 31% reduced risk of death from all causes.

“I definitely noticed a positive difference with the discomfort in in my knees after taking this supplement. It was better after just a few days. I have stopped using topical cream, and feel just as good or better!” – Kelly O., USA
Individual results may vary.

CHECK OUT OUR LATEST MONTHLY SPECIALS!
And Claim your FREE Bottle of TrueB!

Most B vitamin formulas contain synthetic, lab made vitamins. This ignores what scientists have known for a long time – vitamins are most effective in their natural plant or food state, surrounded by co-factor nutrients. TrueB™ features B vitamins from USDA certified organic plants - guava, lemon peel, holy basil and sesbania. TrueB™ is fortified with the “active” form of vitamin B12 from the MecobalActive™ brand and active folate (5-methylfolate) branded as Quatrefolic®. Get your FREE bottle today!

I’m Ready to Save!

Your favorite products at great prices!